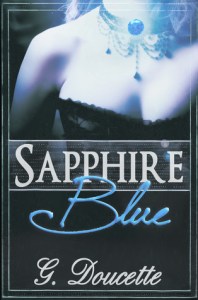 Has Mara lost control, or has it been taken from her?


Mara Cantor’s life is boring and uncomplicated, and she likes it that way. She has her internship at the museum—a job she shares with her roommate, Davis—and while it is low-paying and occasionally mind-numbing, it gives her all the free time she needs to finish her thesis. And that is just fine.

But when Argent Leeds, the internationally famous playboy and raconteur, visits Mara’s museum, he brings with him the most exciting archeological discovery in decades: the Pazuzu gemstones. Long assumed to be nothing more than a myth by most scholars, the gemstones are rumored to possess mystical powers.

Between Argent, his gemstones, and Davis, Mara’s boring life has suddenly gotten very complicated. Now she is caught up in a sexual adventure that is either the most exciting time of her life . . . or the most terrifying.

This is where things become difficult for me as a reviewer. I can’t fault Mr. Doucette’s writing; it’s flawless, intriguing, and descriptive. The direction this story took became unsettling, and I found myself peeking through my fingers—something I’d rather not do when reading erotica. Honestly, I’m not really sure what genre Sapphire Blue truly fits into.

I give the writing a 4, the storyline a 3, and round it to a 3.25. Mr. Doucette has such a way with words, I’m looking forward to reading future offerings—maybe not in the erotica category.