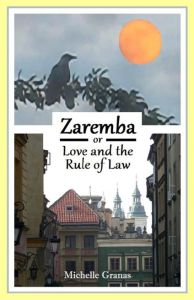 In Warsaw, a shy and high-minded polio victim lives a life of seclusion caring for her odd family until a chance encounter plunges her into the intrigues of dirty politics; Zaremba, a wealthy businessman, is about to be arrested on trumped-up charges and only she can save him. Swept along by events, Cordelia finds her feelings increasingly involved with a stranger for whom she is both rescuer and victim. When Zaremba disappears, Cordelia must overcome surveillance, corruption, the media, and mounting humiliations and difficulties to learn the truth.

Although set in Poland, this is a story that could happen anywhere, as young democracies struggle against the temptations of covert operations and older democracies sometimes lead them astray.

Her father was still fussing angrily as he reached across her to slam open and shut the glove compartment as he tossed in the ticket. The police car had disappeared behind them, leaving them in the dark by the side of the road. Her father threw himself back in his

seat and sat there, his arms dropping from the steering wheel. He made no move to restart the car.

“It’s too bad,” said Cordelia soothingly, “but it can’t be helped now. Let’s go on.”

But her father had become curiously silent.

“Tato?” asked Cordelia, suddenly worried. “Are you all right? Tato?”

Her father’s hand had come up to his heart.

“Are you all right?” She asked again urgently.

He turned his head slightly towards her and shook it, ever so slightly.

He didn’t answer her, but closed his eyes as she sought quickly and awkwardly through the pockets of his blazer, through the glove compartment. No medicine; he must have forgotten it.

“An ambulance, Cordelia,” her father murmured.

An ambulance? But how would she call one, here on the deserted highway? Oh, a car was coming, its lights cutting the darkness ahead. The driver would have a cell phone – everyone did. She struggled from the car, the beginnings of panic making her more than usually clumsy, and rushed into the middle of the highway, holding up a shaking hand to the car.

The car slowed, she could see a man and his wife looking her over as the headlights caught her. She was standing in the middle of the lane, waving her crutch. But as the car came to a near standstill and she headed towards the passenger window, the driver suddenly

stepped on the gas again and departed at full speed.

“Stop,” she cried after it “Stop! Stop! Please! We need an ambulance!” But the car didn’t stop. She knew they were afraid of a trap, she knew it was reasonable, and she cursed them from the bottom of her heart, her breath coming in a sob.

What to do now? She looked up and down the highway, but there were no signs of light anywhere – not another car coming or a house light or anything. She turned back to her father.

The door on her father’s side was open and a dark shape was kneeling there; it rose. She stifled a scream. 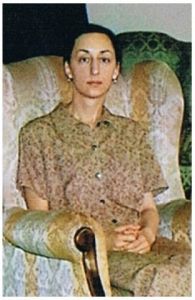 Michelle Granas was born in Alaska, but currently divides her time between Oregon and Poland. She has degrees in philosophy and comparative literature, but now works s a translator. Over the past dozen years she has translated for many of Poland’s major politicians and writers, including short pieces for the Nobel Prize winner Lech Walesa and Nobel Prize nominee Ryszard Kapuscinski.