Composers for Relief: Akren the Redeemer 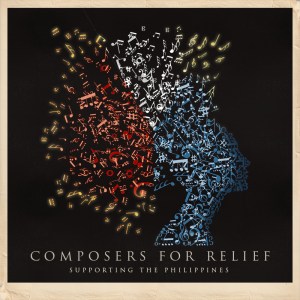 On November 8, 2013,  the deadliest natural disaster in Philippines’ history, Super Typhoon Yolanda (Haiyan), stole the lives of over 6,000 mothers and fathers, grandmothers and grandfathers, brothers and sisters, and countless children.

More than 16 million people have been affected by this horrific tragedy, their world ripped apart with every loss…their hopes torn from tortured hearts.

Though we are scattered across the globe, we are connected to their anguish, we feel their sorrow as if it were our own. They need our help, our empathy, our compassion, our action!

Over 30 gifted composers hailing from 16 countries collaborated on an inspirational album, initiated by Peter Ebbinghaus to raise funds for the victims of this catastrophe. All profits from the album, and companion ebook, will go to Gawad Kalinga (“give care”), supporting the efforts in distributing food and rebuilding the devastated lives and damaged cities across the Philippines. More information on the album can be found at the Soundtracks and Trailer Music site.

Each of the 28 tracks instills a sense of hope, whispering of a new dawn. Every note holds the promise of rebirth, strengthening the power of will to rise again. The soul of the music demands that we fight back, it is in our nature to survive, to persevere, to strive for a life that is once again beautiful. This is not the end–a new dawn shall find their hearts healed, once again whole.

In the spirit of collaboration, 28 writers from across the globe will join together in discovering the stories of triumph lurking in the notes of each track, waiting for us to pull it into words. The final tales will be compiled into a companion ebook anthology for the album, with all proceeds going to Gawad Kalinga.

Together, we are a commanding force for change, forging a global act of kindness that will ripple through the sea of souls and restore the broken, battered pieces of our humanity.

It was an honor and a privilege to be a part of this anthology alongside many of my fellow authors.  The piece of music that inspired my story was New Days by Coldnoise.  When choosing which track to write to, I had a hard time because this album is overflowing with beautiful music.  There were many possibilities on my list, but New Days was my first choice and happened to be available.

When it came time to pen my tale, I popped in my ear buds and listened to this awesome track on repeat until the story appeared.  New Days is an uplifting song that speaks of triumph over adversity, of overcoming all obstacles, however high.  I invite you to listen to the song while reading the story, and please consider purchasing the album.  I purchased my own copy and have been enjoying it immensely.  The complete list of tracks and the authors writing for them follow my story.

Meggy rushed through the darkening woods and entered the concealed entrance to the caves. Gravel crunched beneath her boots, giving way to silence as she entered the main chamber, which was filled with the finest pearly sand. A soft glow emanated from the embers of a dying fire just bright enough to see by.

“Akren, I need your help. I’ve speared a great stag nearby. Tonight, we feast.”

The enormous dragon curled by the fire raised her head. Akren’s usually luminous green eyes were dull and clouded. She managed a soft grunt, indicating indifference. Akren knew Meggy could easily feed herself; the girl’s concern was for the dragon, who was injured and hadn’t eaten in days.

“You drag it back, I’ll skin it, and you can roast it for us.” Meggy stood, hands on hips, and waited. The dragon lay her head back down, a clear sign she had no intention of leaving her lair.

Meggy crouched by her dragon’s nose and ran loving hands over one flared nostril. “I won’t allow you to give up. Now get off your scaly arse and help me with dinner.”

With grudging respect, Akren watched Meggy retreating. Meggy fully expected to be obeyed, and it was a rare day when she didn’t get her way. The dragon rose and lumbered after her rider, ignoring the dull ache throbbing over her left wing.

There’s no flavor quite like dragon-fired venison. Dragon and rider spent the evening in companionable silence beside a crackling fire as they ate their fill.

Meggy led Akren outside the following afternoon. She’d already removed the remains of scorched leather harnesses and pieces of dragon wing from around the edges of the training field so Akren wouldn’t be another witness to the carnage.

Meggy had Akren stretch her injured wing out so she could remove the herbal poultice. Meggy stroked the pads of her fingers over the papery surface. “Almost healed. I know you’re still in a great deal of pain, but we have to take to the sky soon. Others are counting on us.”

Akren knew Meggy spoke the truth. Calling upon the love she had for her mate, Rylarth, and her unhatched egg, Akren mustered every drop of strength she could gather. Flapping her great wings, she flew low to the ground, rising higher with each pass around the field.

With pride, Meggy watched the regal dragon soar through the air. The golden rays of the late-day sun refracted off Akren’s gleaming scales, creating rainbow arcs.

When Akren’s ache morphed into burning agony, she coasted back to the ground and regarded her rider with a hint of triumph in her eyes.

“I knew you could do it! Once you can bear my weight, we shall return for the others.”

Akren lowered her head for a snout rub, something she enjoyed immensely.

The snap of a twig in the nearby woods sounded in the dragon’s sensitive ears. Without warning, Akren stepped back and turned, taking a protective stance in front of Meggy. Smoke curled from Akren’s nostrils in anticipation, and she utilized the mind connection with her rider. Intruder.

“You should get back in the cave,” Meggy whispered. “If they see you . . .” She thought of their flight with the other dragons in search of safety from the King of Rosehollow. Akren’s wing had been damaged by a flaming arrow. The rest of the dragons had no choice but to go on without them.

Dragons had always been revered in Rosehollow, but when King Elis Lockwood came into power, all of that changed. Now, dragons were being hunted into extinction.

Akren refused to budge, instead sounding a warning roar. Stay back, rider.

Ignoring the dragon’s instruction, Meggy slipped alongside Akren and panned the area for the threat. A lone figure stepped onto the training field. The setting sun blinded Meggy and created a halo of red-gold light that left the face of the intruder in deep shadow. His arms rested at each side of his body, and his demeanor seemed friendly enough; nevertheless, Meggy drew an arrow from the quiver resting at her back.

“Identify yourself!” she called out.

He walked forward slowly. “I shall ask the same of you, for it’s you who trespasses.”

A warning rumbled in Akren’s chest as she rose to full height behind Meggy and let loose a lick of fire that lit up the young man’s features.

Blue eyes full of wonder, high cheekbones, and a strong jaw seemed at odds with his informal garb and too-long, mussed hair. Despite facing possible incineration by a fierce dragon, his lips canted up on one side, and he continued forward.

Meggy’s eyes widened. “Are you daft?”

“Maybe I am. That’s a dragon.” His smile widened.

“Indeed. An angry one who’s about to cook your foolish arse!”

“I’m Larkin of Wellcrest.” He walked slowly until he was well within Akren’s fire-range and fell to one knee. “Welcome, fierce dragon. I’m so very glad you’re here.”

“You are?” Meggy wondered if she was dreaming.

Larkin lifted his bowed head and gazed at Akren with wonder. “Great white dragon . . . we’ve been waiting so very long for you.”

Akren tilted her gargantuan head and regarded the boy with interest, her emerald eyes gleaming.

“What do you mean?”Meggy asked.

“I’m Meggy and this is Akren.”

Larkin bowed low at Akren’s feet. “Akren the Redeemer, you have come to save us all. Thank you.”

“In Wellcrest, there’s a prophecy that’s been passed from generation to generation about a great white dragon that will arrive to save our people when all seems lost. King Lockwood means to destroy Wellcrest. The time has grown nigh.”

Larkin rose, his eyes full of sadness. “There were dragons here, and they were worshiped and revered. King Lockwood’s men attacked, wiping them out. We had a traitor in our midst, sent from Rosehollow. Once they determined our weakness, they spared not one dragon.”

Akren trumpeted mournfully, and rush of cold descended over Meggy.

“But why the dragons?”

“Whenever an attack has been imminent, we’ve always been able to cast a spell over Wellcrest that diverts our enemies. They simply cannot locate our lands, so they wander around until they give up. King Lockwood’s spy was able to discover the one thing that would prevent the spell from working—the saliva of a baby dragon.”

Meggy gasped. “Why a baby?”

“The saliva must be culled before the dragon has fire. After that, something changes. King Lockwood’s men made sure there would be no more dragons.” Larkin gazed up at Akren. “Yet here you stand, the great white redeemer of legend.”

Meggy stepped in front of Akren and waited for the dragon to lower her head until they were eye to eye. Akren, if we reunite with Rylarth . . .

As Meggy turned to Larkin, the dragon mark in her left palm tingled. Larkin looked down at his own hand at the same time.

“I was, lass.” Larkin held out his palm.

Meggy’s mark was emerald to match Akren’s eyes, while Larkin’s was sapphire blue.

“You! You’re Rylarth the Voiceless’ rider!”

“Rylarth was injured in battle and no longer produces sound of any kind. He’s been riderless, waiting for his match. He’s Akren’s mate and the sire of a baby dragon about to hatch. Akren wants to help your people. She says it’s our destiny.”

Larkin touched his left palm to Meggy’s, sending a jolt of magic up both of their arms. “Then let destiny have her way, fair Meg.”