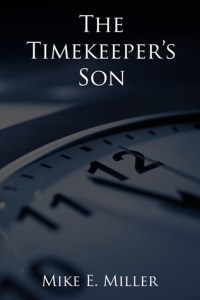 Just imagine waking up one morning and finding out you’re nine years old again–with the mind function of a thirty-five year old. That’s what happens to Andy Myers. One day he’s thirty-five and married, and the next, he’s in his past. A series of events commences that turn Andy’s world, and everyone else’s around him, upside down.

Throw in a mysterious someone who is watching Andy, knows his secret, and doesn’t want him to change a thing… and you have a heartwrenching, fast paced mystery filled with drama and heartwarming moments.

I don’t want to ruin the surprises by saying too much. Mike Miller has crafted a complex story with believable characters that will have you on the edge of your seat.  Best of all . . . this is book one in a planned trilogy.