I should have been paying attention. Growing up on the run from religious fanatics gave me more than a few good reasons to be careful, but I was just too tired to be as vigilant as I should have been. My mind was occupied with my latest case—a missing nine year old girl. I was usually good at my job, but sometimes I needed a little extra help from magick. I always managed to track down a cheating spouse or the occasional runaway, but now it seemed more children were missing from the streets of Seattle and nothing I did worked.

A cat jumped on my shoulder and jerked me from my exhaustion induced stupor. I spun into a defensive crouch only to see the cat had landed on the sidewalk behind me.

Time seemed to stop for a moment when the cat spoke.

My name is Jocelyn Matthews and if I live through tonight, I’ll tell you all about my life as a witch.

For the past ten years, Jocelyn has been living as a closet witch in Seattle. When the Inquisitors that have been after her from the time she was nine finally manage to find her, Jocelyn is thrust into a world she never guessed existed. From talking cats to Dark Elves, she’ll have to do something she’s never done before: trust someone other than herself. If she wants to find the children that have been going missing all over the city, she’ll have to open her eyes to the bigger picture and find her place, not only for her safety but for the city as well. 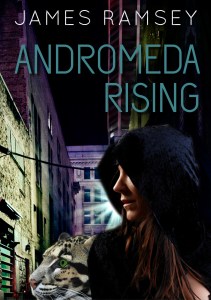 An Interview with James Ramsey

How long have you been writing?

I have been writing in one form or another since I was a child. I often ran out of books to read, so I would entertain myself with my own made up stories. As I got older college, work, and life meant that my random scribbles dwindled off and stopped entirely. It wasn’t until I discovered fanfiction a few years ago that I felt the urge to write again. I found it to be a great way to sharpen my very rusty skills and develop the confidence I needed to put my own story out there.

Do you like writing your characters into trouble or out of it?

Definitely writing them into trouble. The conflict is often the most interesting part, and I love to write scenes with a lot of action. Once I have the scene visualized in my head I can sit down and let the words flow.

Do you do a lot of research and plotting or do you just start writing?

I don’t do a huge amount of plotting; I like to let the story develop on its own. I always have a general idea of the storyline and how the story is going to end, but the journey to get there is often just as surprising to me as it is to the readers.

But research is another thing entirely. I spend hours looking up information and details to better flesh out my characters and plot. The smallest detail can give me the biggest idea, so I generally don’t stop until I feel I have a pretty good feel for a topic.

Do you have any writing rituals?

I am a bit of a coffee junky. I have a local coffee shop that is very used to me taking up space in their chairs for hours at a time. I always have my iPod and my iPhone with me. I can’t write without music. After that it’s up to the effects of too much caffeine and the writing gods.

Can you share a favorite sentence or scene from your novel?

One of my favorite scenes has very little to do with the plot. It involves Joss being hit on in a bar. I admit the inspiration was taken from my own life and experience with a rather aggressive attempt to pick me up. The character is vulgar, aggressive, and vomit inducing, but at the same time the whole situation is so ridiculous as to make you laugh.

What are a few of your favorite books?

I am and always have been a voracious reader. My grandpa owned a book store for most of my life and books were a regular gift. Some of the ones that stand out the most though are the Clan of the Cave Bear series by Jean M Auel, Harry Potter, Lord of the Rings, The Mayfair Witches by Anne Rice and Kim Harrison’s The Hollows series.

What’s the last book you read and what did you think of it?

Honestly, the only thing I am reading these days revolves around research for upcoming books. Some of them are very dry like, The Dictionary of Mythology and the Encyclopedia of Magical Herbs. Some are more interesting like Through the Faerie Glass which is Gaelic and Irish myths surrounding fairy lore, and One Percent: the Legend of the Outlaw Biker. I know that one doesn’t seem to fit, but that’s for me to know and my readers to find out about in the future. It’s actually a pretty interesting read.

If you could be any fictional character, who would you be?

I kind of fell in love with Hermione Granger. She was a little bit of an outcast, nerdy in her love of books, and was always better friends with the guys than the girls around her. As an adult my inner teenager identified with her inability to fit in. And despite her terrible taste in men, she was a strong woman, loyal to her friends, and could work well under pressure. She rode on the back of a dragon after robbing a bank! And who wouldn’t like to spend a few years at Hogwarts?

If you could have any supernatural power, which would you choose?

I would love to have the ability to talk to animals. Need to send a message or have something picked up? All you would have to do is ask. And you would never need a ride anywhere again. Think of all the information you could find out. No one ever sensors their words or actions around the family pet. 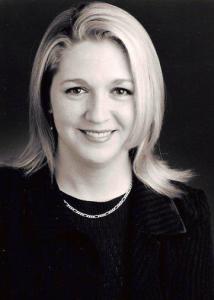 Often accused of being lost in her own world, James spends most of her time at home with her husband and a menagerie of animals.

She blames her love of the written word entirely on her Grandfather who owned a bookstore, feeding her addiction regularly. Cutting her teeth on illustrated fairy tales she quickly moved on to Farley Mowatt and Lucy Maude Montgomery.

Proudly standing in line till after midnight for five of the seven Harry Potter books she was the only one there without a child.

She is rarely found without a bag full of notebooks, iPods, and her Kindle.