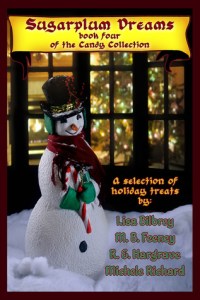 Today I have a guest post from author Lisa Bilbrey as part of the Sugarplum Dreams blog tour.  Read about where she finds inspiration and enjoy an excerpt from Broken Roads and Dusty Dreams.

There are some intriguing stories in this collection.  Sneak a peek at who the authors are and their story blurbs.  Enjoy!

Several times, I’ve been asked where I get my inspiration for my books. It’s always such a hard question for me to answer. Why? Well, because sometimes I don’t know. Sometimes, it’s a dream that wakes me up in the middle of the night. Others, it’s a song that seeps into my soul, pulling at my tenderness inside of my heart. With Broken Hearts & Dusty Dreams, however, I had a simple picture. Imagine a man walking down the beach. It’s cold, misty. The wind is blowing, causing the waves to crash onto the shore like a thousand thundering bulls. As he’s walking, he’s struggling to deal with the voices inside of his head: the memories of another life, the struggle to understand the feelings welling up inside of him. Just when he’s ready to crack, he spots her: a woman in a long white dress. Her hair would be whipping around her, she’d have her arms wrapped around her torso and even with the sound of the waves he’d be able to hear her sobbing. The sounds of her tears overwhelm him, nearly knocking him to his knees. He feels the urge to hold her, he feels compelled to make it better, yet he can’t.

Before Riley could utter a sound, Duke pulled against Riley, and he lost his grip on his leash.

“Duke, stop!” Riley yelled, startling the woman. She scrambled to her feet just in time for Duke to leap into her, knocking her back onto the log.

Riley rushed over and grabbed the leash, pulling the large dog off of her. “Damn it, Duke!”

He knew Duke wouldn’t hurt her; he wasn’t a violent animal, but his size alone often caused people to shrink away from him. “Crap, I’m sorry about him. He’s not usually so aggressive. Are you okay?” Riley asked, wrapping Duke’s leash around his hand.

Using her forearm, the woman swept her hair out of her face and looked up at him. No matter how hard he tried, Riley couldn’t stifle the gasp that left his mouth. Dark, angry bruises covered her jaw, trailing down her neck to where a pair of handprints looked like they’d been tattooed onto her creamy skin. Similar purple and black markings littered her arms, leading down to her scraped knuckles. The woman’s lips were swollen, as was one of her eyes.

Even with discoloration of her skin, Riley knew who she was, having once seen those bloodshot eyes before. He heard himself calling out to her before he could stop himself. “Natalie?”

“Hey, Riley,” she responded, standing up.

That vision, that picture inside of my head, haunted me for days, weeks — months even. I felt the need to get their story out, to find out why Riley and Natalie needed me to give them a voice. And in the end, I felt myself pouring myself into them; their longing to know love, the need to find happiness.

Broken Hearts & Dusty Dreams was an emotional journey, demanding that I open myself up and put my soul into the story. I tried to do that, even though I resisted at first. It was terrifying having to delve into feelings that I hadn’t known I could feel, but in the end, I was happy with what I managed to come up with.

Do you have the shivers yet? I know I do!

Riley Farris and Natalie Sloane were the best of friends who spent every summer together on the sandy beach of Mustang Island. Then, just when Riley’s getting set to spend another summer with Natalie, she disappears. As the years pass, he struggles to understand what happened to the girl he knew. Until, one night while walking on the beach, he stumbles upon a woman who is broken and lost.

Disheartened about not being able to find “Mr. Right” on the London dating scene, best friends Jodie Lynch and Louise Hewson create a blog to not only document their disastrous dates with the numerous “Mr. Wrongs” and “Mr. Okay-for-nows” but also to help those going through the same experiences and to see where they’re going wrong. How will they deal with everything the dating scene has to throw at them — planned or otherwise?

Lacey Harrison has been dealt an unexpected hand in life: being a single mom. With her father’s help and that of the residents at Royal Hills Nursing Home, she thrives and goes on to become a successful baker. She is content with her life but knows that she and her daughter Candy are missing something. Will things change for the better when Trent Childress moves into town and adds some spice to her sugar?

Spring break changes everything for Daphne Hobbs. A one-night stand leaves her pregnant and alone. She soon discovers that the father is an identical twin, and she’s unsure of which one turned her world upside down. She’ll be forced to share her apartment with them until she can discover the truth. Julius and Jordan Sweet share everything in their lives — almost to the point of living one life. Will Daphne uncover who’s the daddy? 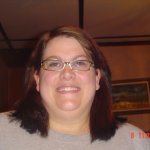 Lisa Bilbrey is a mom of three and has been married to her high school sweetheart since 1996. Finding a love in the written word, she started writing as a way to express herself. From the first word she wrote, she’d found her heart and soul. Always willing to learn, she’s spends much of her time trying to improve as a storyteller. She’s been blessed to find Michele Richard and Laura Braley, both of whom she spends hours every day writing with. 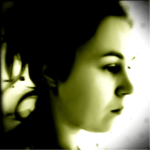 M. B. Feeney is an army brat who finally settled down in Birmingham, UK with her other half, 2 kids and a dog.  She’s also a student teacher, a doodler and a chocoholic.  Writing has been her one true love since she could spell, and publishing is the culmination of her hard work and ambition. 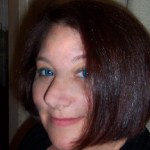 Michele Richard lives in a suburb of Boston, Mass. She’s the mother of two pre-teen daughters and the wife.

Michele Richard has created the Mocked series. From Mocked by Destiny to the trilogy Mocked by Faith, she writes what comes from the heart. A wife and the mother of two preteen girls, she spends her days spinning tales about what happens when what you believe in mocks your every turn.

When she’s not writing, her days are filled with her family, her bunny Geneva, and friends. Her greatest passions are learning new languages and traveling. She currently resides in the Northeastern part of the United States however; her family members live down the east coast as far as North Carolina.

She’s currently learning French and Spanish, and one day hopes to be fluent in both. Learning new things is always something she enjoys. 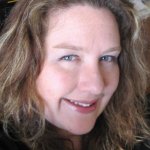 R.E. Hargrave is a fledgling author who has always been a lover of books and now looks forward to the chance to give something back to the literary community. She lives on the outskirts of Dallas, TX with her husband and three children.