Review: In My Mother’s Footsteps by Forbes Arnone 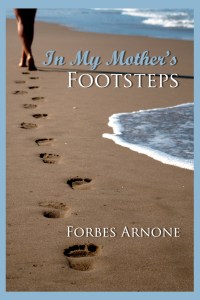 In My Mother’s Footsteps is a short story included in Renaissance Romance’s Summer Heat Volume I anthology and the debut for new author Forbes Arnone.

Anela Alborn receives a gift from her recently deceased mother—the chance to find the father she was never told about before. She embarks on a journey following her mother’s footsteps from so long ago. What will she lose, gain, and find along the way?

It’s not always easy to pen a short story and satisfy the reader. Many shorts feel rushed or lack character development and essential information. That was not the case with this one. Anela’s backstory was sprinkled throughout, and as I read, it became clear why she had a hard time trusting and allowing herself to be loved.

Forbes Arnone’s writing was deliciously descriptive. I’ve never been to Hawaii, but she drew a vivid picture for me with her words. Some of the characters’ reactions throughout the story caused me to cringe, roll my eyes, or comment aloud—because they were acting like real people saying and doing very human things. Those imperfections really brought them to life for me.

I realize this was a short story, but Christian and Anela’s separation during the story didn’t quite ring true for me; it seemed to be more of a plot device than a naturally occurring event.

The connection between Anela and Christian was palpable and the love scene very well written. There was no fade-to-black, yet it wasn’t explicit either. I thought it was tastefully done and hot at the same time—sometimes a hard line to straddle.

I have to knock points off for the editing on this one. I realize my copy was an ARC, so I’m hoping a tighter edit was done later on. The average reader might not notice most of the mistakes, as they’re mostly punctuation related, but there were also occasions of the same word being used very close together and a few awkwardly worded sentences.

Anela started out as a scared-to-trust, lost soul and experienced quite a bit of growth throughout the story. In My Mother’s Footsteps was a lovely, heart-warming journey of self-discovery, love, and family.

I give kudos to Forbes Arnone for penning a terrific debut novella. I understand her first full length novel will be released later this summer and look forward to reading it!